A 2024 Tacoma prototype was recently spotted with Tundra body panels. This truck was spotted in Ann Arbor, Michigan. 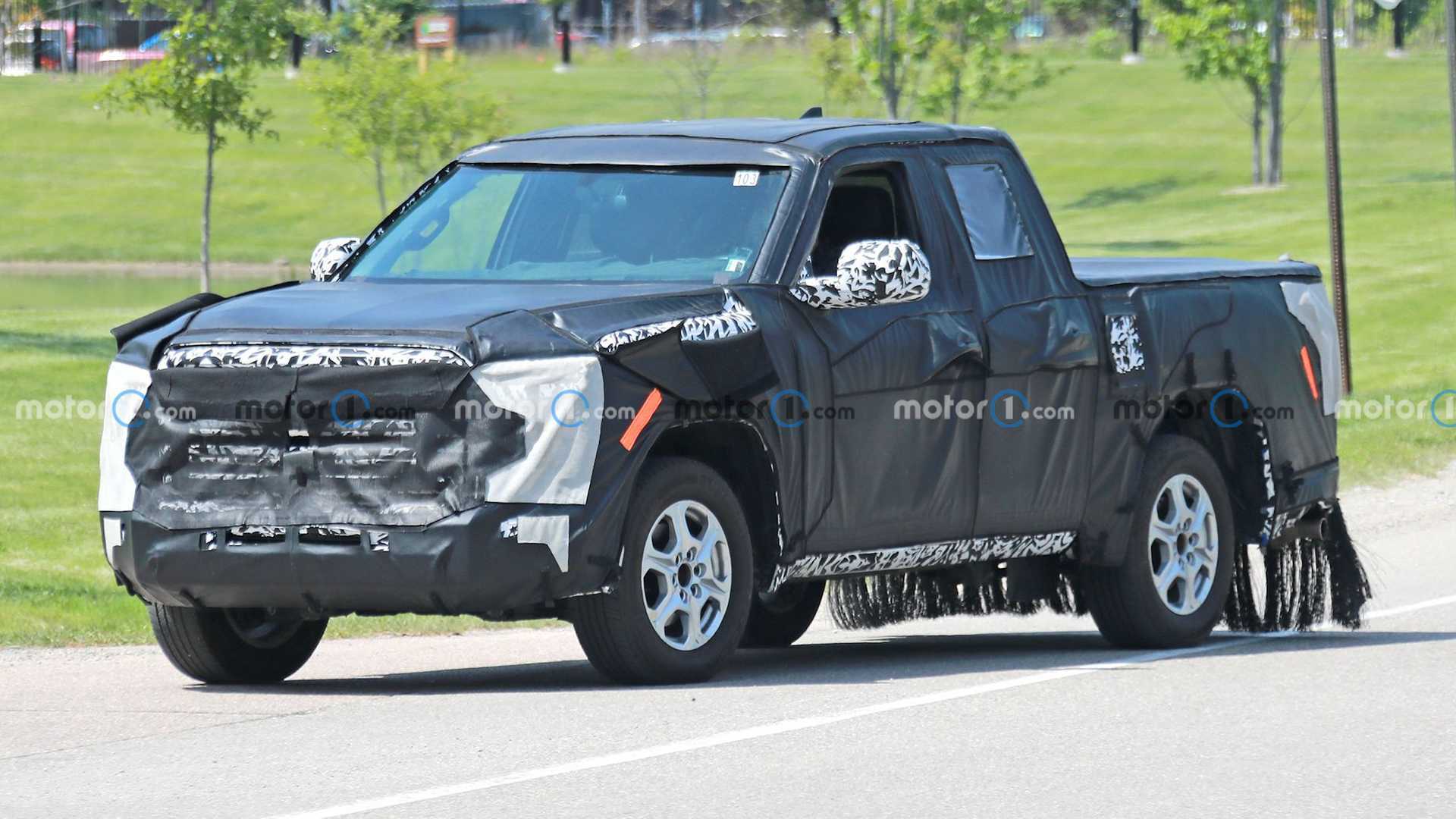 New spy photos reveal the next-generation Toyota Tacoma, but the truck is wearing body panels from the larger Tundra pickup.

According to our spy photographers, the Tacoma it caught testing in Ann Arbor, Michigan, is wearing a modified Tundra body. The new photos show the truck wearing a bit less camouflage than we've previously seen, revealing the Tacoma to feature the Tundra's grille, mirrors, and double-cab configuration. The Tacoma will feature a shorter wheelbase than the Tundra, which could be up to a foot shorter.

The new spy shots don't capture the interior, but there is enough of the dash visible to see Toyota trying to hide it. A spy video from late last month caught a glimpse of the truck's interior, and it looks like it could receive a larger infotainment screen. It should also borrow cabin styling cues from the Tundra.